Can Memory Foam Cause Health Problems?

by Peter Otieno
in Physical Health
2

Have you ever wondered what memory foam mattresses impact on your health? Most people do not think much of it especially since manufacturers have been promoting memory foam as a healthier alternative to other materials. Most people buy the first furniture they find that has memory foam. But what if there are health risks that we don’t know about? Read on to learn more.

Recent studies show that memory foam can cause health problems! 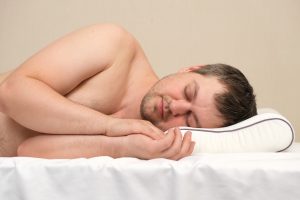 What Is Memory Foam?

Memory foam is a type of visco-elastic foam that conforms to the shape of your body for maximum comfort and support.

Memory foam comes in wide varieties and densities, with some being more comfortable than others.

A mattress made from memory foam will contour your body, making it great for back pain sufferers. Memory foam has also been shown to relieve pressure points and help you get a better night’s sleep.

NASA first developed memory foam in 1966 as an alternative material for airplane seats. They wanted something that would conform to the shape of passengers’ bodies so they could get maximum comfort while traveling long distances. The first commercial use of memory foam came in 1987 when Tempur-Pedic started selling mattresses made from this material.

Memory foam can cause health problems in some people. The following conditions have been linked to memory foam mattresses:

Memory foam can cause health problems such as breathing issues. The American Sleep Association says some people find breathing difficult when lying face down on a memory foam mattress. This is because air circulates through the material, which may cause you to experience shallow breathing or shortness of breath.

Irritation of the eyes

Some individuals may experience irritation of their eyes, nose, or throat when exposed to memory foam for long periods. If you experience any of these symptoms, it is recommended that you purchase a new mattress. This is because some people are more sensitive than others to the chemicals used in making foam mattresses.

What Is Memory Foam Made Of?

The basic ingredients in the memory foam are:

These molecules are used to create foams and plastics. They have two or more hydroxyl groups attached to their carbon chains. When these groups are joined together with other molecules, they form polymers. Examples include ethylene glycol, glycerol, and pentaerythritol. These polyols are used in various products such as toothpaste, mouthwash, and cosmetics because they absorb water from other substances.

The most common blowing agent is carbon dioxide (CO2). However, there are some other options you can choose from.

Carbon dioxide is the most common blowing agent used in memory foam, and it’s also the safest and most environmentally friendly. It’s also non-toxic and odorless so it won’t affect your health or sleep.

Other blowing agents are:

The chemicals used in memory foam are called volatile organic compounds (VOCs), which give off toxic fumes when heated up or burned. In addition to the VOCs, flame retardants are added to memory foam mattresses because they can catch on fire if exposed to an open flame like a cigarette lighter or match flame.

These substances have been linked to causing health problems in humans who breathe them in over long periods or get them on their skin and then absorb them through their pores. 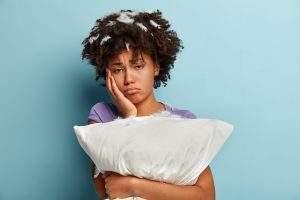 Many memory foam pillows are made with toxic materials that can cause health problems. These include:

This chemical is used to make styrene, which is used to make flexible polyurethane plastic. Methylbenzene is classified as a possible human carcinogen by the International Agency for Research on Cancer (IARC) and has been linked to leukemia cancer in workers exposed to high levels of the chemical over many years.

Can something be good and bad for you at the same time: Find out now and know why memory foam can cause health problems!

Methylene dianiline (MDA) is a chemical used to manufacture urethanes in mattresses. The U.S. Environmental Protection Agency (EPA) has determined that MDA may cause human cancer and reproductive toxicity. According to the EPA, exposure to high levels of MDA can result in liver damage and death.

Methylene chloride is another chemical used in producing urethane foams and many other products. The EPA has determined that methylene chloride damages the liver and kidneys, causing cancer at high doses, and it has also been linked to neurological damage, including headaches and seizures.

The most common type of chlorofluorocarbon is CFC-11, used in foam mattresses. A World Health Organization report found that CFCs are highly likely carcinogenic to humans, which could cause cancer. The EPA has also stated that exposure to chlorofluorocarbons can lead to central nervous system disorders and damage the lungs, liver, kidneys, and eyes.

The chemicals used in many memory foam mattresses, including tris (2-ethylhexyl) phosphate (DEHP), dibutyl phthalate (DBP), and benzene hexabromide (BBzB) — have been linked to neurological damage in children. They’re also known to cause respiratory problems in adults, according to the World Health Organization (WHO).

The high-density memory foam initially developed for NASA is the least potentially problematic. While this may violate the basic laws of physics by making a foam stiffer, the product pads that are most popular use lower densities of the material and thus tend to be much less harmful. Chemicals and off-gassing can be major problems with some products, but many foam manufacturers have taken great pains to reduce or eliminate such concerns. It is still important for buyers to look for certifications from accredited testing firms, especially for health care related products.

How Do I Know My Mattress Is Bad? 8 Bad Mattress Symptoms

Is My mattress Itching Me At Night? 6 Amazing Tips Preventing Allergies Sourced From Mattress

Is My mattress Itching Me At Night? 6 Amazing Tips Preventing Allergies Sourced From Mattress