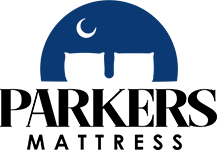 by Peter Otieno
in Physical Health
0

Sleep-drunk, dream-drunk, and other states of sleep paralysis are different stages of the same phenomenon: waking up amid a dream, usually involving bodily sensations. Sleep drunk is a sleep disorder that causes amnesia, and sleep drunk is also popularly known as sleepwalking or somnambulism. It is a behavior disorder involving abnormal physical activity while asleep. Normal sleep usually consists of various phases, which begin in the evening and run through to the morning.

In this article, we will present an overview of sleep drunkenness.

Read our guide: Learn it all! 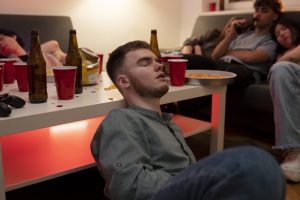 Sleep drunkenness is a state of confusion you experience when you wake up. Some of the most common reasons are:

If you don’t get enough sleep regularly, it can lead to sleep drunkenness. Sleep deprivation can also occur if you have insomnia or drink alcohol before bedtime.

The most common cause of sleep drunkenness is sleep apnea. This disorder causes breathing to stop for short periods during sleep. Sleep apnea can lead to erratic breathing patterns and an inability to get enough oxygen at night.

Narcolepsy is when people suddenly fall into deep sleep without warning or feel compelled to move their arms or legs while asleep. People with narcolepsy often experience other symptoms such as cataplexy — sudden loss of muscle tone while awake, and hallucinations during their waking hours and sleep.

Alcohol affects brain activity by slowing down nerve transmission in the brainstem region, the part of the brain that controls heart rate and breathing. This makes it difficult for your brain to control muscle movements in your arms and legs. This effect typically wears off within a few hours after drinking stops but may take longer depending on how much alcohol was consumed and how quickly your body metabolizes it.

Certain medications can also cause sleep drunkenness. Some over-the-counter pain relievers contain caffeine or other stimulants that make you more alert when taking them during the day. Taking these medications before bedtime could prevent you from getting enough deep sleep at night. Antidepressants known as selective serotonin reuptake inhibitors (SSRIs) can also cause sleep drunkenness when taken in doses higher than recommended by your doctor.

How Can I Reduce The Risk Of Sleep Drunk?

Here are the most effective ways to reduce the risk of sleep drunk;

Drinking alcohol at night makes it harder for your body to fall asleep and stay asleep through the night. Alcohol disrupts the normal functioning of the central nervous system (CNS) during deep sleep stages, which means that your brain doesn’t receive enough oxygen during those stages — leading to impaired memory recall and daytime fatigue. This is why it’s best not to drink any alcoholic beverages within two hours of going to bed so that your body has time to metabolize them before it attempts to fall asleep.

Turn off all electronics at least an hour before bed, and don’t use them in your bedroom. The artificial blue light from your phone and other devices can keep you up later than you intended.

Going to bed and waking up at the same time every day helps your body maintain its natural sleep rhythms. Try to stick to the same schedule on weekends as well as weekdays.

Naps are a great way to boost energy when you’re feeling sleepy during the day. Make sure they’re brief; they should last at most 20 minutes.

5. Get plenty of exercises

Exercise helps you sleep better at night by releasing endorphins into the bloodstream. Endorphins help elevate moods, reduce stress, and increase relaxation. They also help keep cortisol levels low during the day so that you don’t have as many physical symptoms, such as insomnia or anxiety, that can occur if they become too high over time. Exercise also helps regulate hormones like melatonin, the hormone responsible for regulating your circadian rhythm, so they aren’t released too early or late in the day due to stressors such as lack of exercise or poor eating patterns.

Get your sleep strategies: To reduce the risk of sleep drunk!

Yes, it is. Sleeping drunk is a common phenomenon, and many people sleep while drunk. But the question that arises here is whether this act is safe or not.

Sleeping drunk can be very dangerous, as even small changes in your breathing pattern can lead to death. In addition, when you are sleeping, your body becomes weak and cannot fight against any disease or infections. Therefore, if you sleep while intoxicated, you might die due to some respiratory problems.

Why should people not sleep while intoxicated?

People should never sleep while intoxicated because even if someone has slept for hours after getting drunk, he will still feel the same effects of alcohol as earlier in the morning when he woke up from his deep sleep. This means that he will still feel dizzy, sick, and nauseous due to the intake of alcohol during the night. Moreover, there are chances that he might vomit while sleeping, which will make it more difficult for him to breathe properly, because of which he might die due to an overdose of alcohol in his system when he wakes up in the morning.

Is it normal to have sleep drunkenness?

Sleep drunkenness is more common among people who have experienced a restless night’s sleep, perhaps due to jet lag or shift work. It’s also more common in older people and those taking certain medications.

Sleep drunkenness can be distressing for some people and cause them distress over time. This can lead to social isolation and relationship breakdowns, negatively impacting their employment prospects.

In most cases, there is no treatment for sleep drunkenness other than getting a good night’s sleep – although certain medications may help reduce its frequency or severity in some cases. 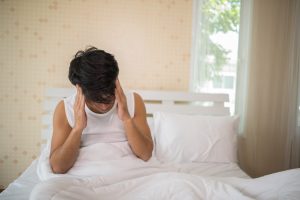 Why do I wake up so disoriented?

If you wake up in the morning and find yourself disoriented, it could be a sign of a serious medical condition.

The most common cause is sleep apnea, a problem that interrupts your breathing while you sleep. The brain tries to compensate by bringing you into a lighter stage of sleep, but it’s not as restful as deep sleep. When you awaken, it takes time for your brain to fully register where you are and what’s happening around you.

Sleep drunk can be a severe problem, and while there is no guaranteed way to prevent it, you can take certain steps to reduce the risk of it happening to you. One of the first steps is to keep alcohol consumption to a minimum. Another important thing is to recognize the signs and symptoms of sleep drunk and to try your best to avoid it. Finally, if you suffer from sleep drunk at some point, the most important thing is not to be embarrassed; let those around you know what happened, and hopefully, they’ll understand and help you out.

What Is The Healthiest Way To Sleep?

Does Sleeping On Your Left Side Affect Your Heart? 3 Great Tips for Side Sleeping

Is wool mattress hot to sleep on? 7 Great Benefits of Wool Mattress

Do Body Pillows Help With Loneliness?

Why Do Hotel Pillows Feel So Good?

Why Do I Sleep With My Hand Under My Pillow?

How Do I Get Rid Of Dust Mites In My Mattress? 5 Great Ways To Prevent Dust Mites From Appearing In Mattress

Is Cuddling Good For Depression? 7 Health Benefits of Cuddling